If you’re in the influencer marketing game, this is probably a question that gets tossed around in your weekly marketing meetings and roundtables. Usually someone chimes in with some mediocre answer like, “I don’t know, Reels are pretty popular” and the conversation ends there. Instead of showing up this week empty-handed, do yourself and your brand a favor and check out these 9 influencer marketing trends that every brand can benefit from.

1. The explosion of micro and nano influencers.‍

The term might not sound powerful but nano and micro-influencers dominate the social media feeds. Unlike their close siblings, mega influencers, these influencers have a smaller audience that follows and engages with them regularly. These people are deeply connected to the creator and rarely (if ever) miss a post or story—almost like that of a digital cult, but none of the weird rituals.

‍
Micro-influencers flaunt a higher engagement rate than any other influencer online, making them a perfect candidate for brands that are looking to grow their reach and uncover new audiences. Not to mention, both micro and nano influencers often come at a lower cost than the multi-million dollar mega influencers.

2. A continued push for more diversity and inclusion. ‍

While this is not a new trend, and something brands and influencers should strive for at all times, there’s an added emphasis on diversity and inclusion within the influencer marketing space. Whether it be more diversity amongst influencers, in brand campaigns, or throughout social media feeds, users of these platforms want to see inclusion for everyone.

As such, brands should first know their stance on diversity and inclusion and seek out influencers who align with those same standards. This will be an ongoing effort both by brands and creators alike, but one that will continue to remain at the top of the priority of all marketer’s lists for the foreseeable future.

Brands are recognizing the massive impact that influencers can have on their bottom line and want to keep them around. Instead of partnering with influencers for a single post or campaign, they are looking to find long-term partners that can help execute their creative vision for the brand over time.

Think about it, if you find an influencer that crushes it for your brand, why would you stop working with them? The answer is you don’t!

Partnering with influencers long-term accomplishes two things: first, it solidifies the partnership between brand and influencer assuring each party that they are invested in working together. The second is brand evolution—as the influencer continues to evolve their personal brand and content, a brand can follow along the journey benefiting from that growth.

Similarly to growing long-term partnerships, performance-based partnerships are going to become a more common part of the influencer marketing ecosystem. These are partnerships that compensate the creator for their work based on the success of campaigns. This might be a large payment upfront or royalties based on sales, clicks or whatever success measure a brand chooses.

This approach can be especially beneficial for brands who want to work with influencers on an ongoing basis. It shows that both the brand and the influencer want the content to succeed and will hold accountable for that success. Over time, it can lead to a lucrative relationship for both parties if the content continues to perform well.

In case you didn’t already know, video content is king right now. Even the internet juggernaut Instagram has completely shifted the focus away from photography and doubled down on videos, specifically Reels.

This transition comes on the shoulders of rising internet speed and more access to social media platforms. As such, brands who want to win now and into the future should be looking for ways to craft compelling video content that stops scrollers in their tracks. And guess who can help you make that content? You guessed it, influencers.

Gone are the days of perfectly polished Instagram grids and timed-up TikTok videos. Everyday users of these social media platforms want to see content that feels organic and natural, not some botched advertisement for paraben-free, organic cucumber body soap in the middle of their social feed. They want to see people, specifically influencers, living their lives just like they do, not on some digital pedestal.

Authenticity is a two-way street in influencer marketing. Just as influencers want to remain authentic to themselves, so should brands. Gen Z can smell a poser from a mile away and if you partner with an influencer that doesn’t fit with your brand or audience, they are going to call you out for it, knocking your authenticity and potentially hitting the unfollow button.

Most of the influencers you follow have multiple social media accounts. Go look at any one of their social media bios and you’ll likely find links to their Instagram, TikTok, YouTube, and more. Influencers have realized that they are not platform bound, but rather, have different audiences on different platforms. Thus, they’ve shifted their attention to multi-platform posting, with the goal of sharing content that each platform and audience craves.

The result of this cross-platform migration is a larger, more diverse audience that is deeply connected to the creator. They don’t want to miss anything, whether it be a TikTok video, Instagram post, or YouTube short, they are going to make sure they see it all on every platform.

For brands, this can be an effective method for growing overall reach if you can find an influencer that is present and engaged on a variety of channels.

8. Influencers will become more specialized and run their own businesses.

You should know this by now, but most influencers have a very specific niche—a topic they’ve become so invested in that they’re an expert. Today, influencers are not only finding small niche interests, but they’re taking that niche education and putting it into a business.

Influencers who’ve spent years working on their craft are now reaping the benefits of their skills and relationships by launching their own products. Instead of just representing products and brands they love, they are now making their brand a living, breathing product that their audience can have for themselves.

A great example of this is the partnership between Logan Paul and KSI to make the new sports drink Prime Hydration. Both of these massive YouTube influencers, who have been focusing on boxing and athletics, found a way to hop out of the promotional market and into the product market, which is something to be expected as influencers continue to grow their brands.

9. The assimilation of influencer marketing and affiliate marketing.

You’ve heard the term affiliate marketing before, but chances are you won’t be using it much in the coming years. Affiliate marketing is the practice of having publishers promote your brand—this has been a practice for years online, especially in the blogging community. But with the rise of influencers, who have larger audiences with legitimate customers, regular affiliate marketers are going to fall to the wayside in substitution for these benefits.

Though we might not hear the term affiliate marketing thrown around much anymore, it will be inherently part of the influencer marketing relationship that continues to develop between brands and creators.

Stay in the know.

Staying on top of all the trends in influencer marketing can feel like drinking water from a firehose, so we decided to make it easier. We started a newsletter that shares all the hot takes, as well as industry stories, creative inspiration, and of course, some influencer hacks that you can use to your benefit.

You can get these nuggets of knowledge dropped to your inbox by scrolling down just a bit and entering your email in the box below.

Now that you’re armed with all these influencer marketing trends, it’s time you get out there and start working with creators that can take your brand to the top. And if that feels a little intimidating, don’t worry, we have a team of influencer marketing experts who are ready to do it all for you.

We know a thing or two about running successful influencer marketing campaigns and want to help you do the same. 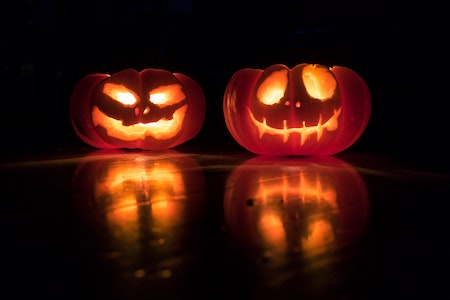 The Best Halloween Movies: According to TikTok 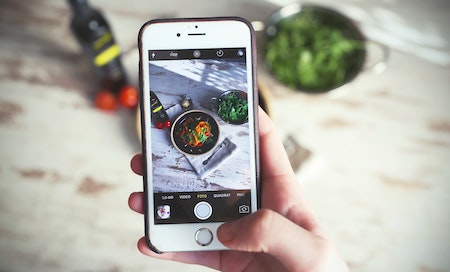 The Most Popular Bars & Restaurants of 2022, According to TikTok 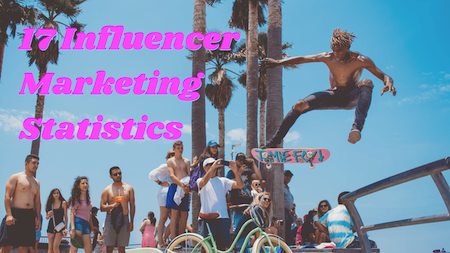 17 Influencer Marketing Statistics That Will Blow Your Mind