Micro-Influencers: What Every Brand Needs to Know

So you’re looking for a micro-influencer, I see.‍

Chances are this is the third article you’ve read today about the topic and up to this point, everything you’ve skimmed has steered you further away from actually understanding what a micro-influencer even is.

Allow me to spare you time and energy by telling you exactly what a micro-influencer is.

But before I do, if you need a refresher, go ahead and read this breakdown on exactly what is influencer marketing. This will arm you with the basic knowledge you need to work through the rest of this article.

Now, back to our regularly scheduled programming…

What is a micro-influencer?

Micro-influencers are influencers that have 500,000 followers or less.

I know, I know, some people will debate this number and say that 100k is the mark or 250k is the mark, but here at Ubiquitous, that’s how we define micro-influencers.

A simple way to put it is that these individuals are people with a particular passion, hobby, or focus that is very niche, unrecognized by the general population, and shared on a social media platform.

Think of them as the creative unicorns of the internet.

Micro-influencers are deeply connected to their communities because they are generally smaller, allowing for a more intimate and authentic connection. This connection is grown from hours spent online talking with the community and creating content that keeps people coming back.

That starts with authenticity. Authenticity is the name of the game when it comes to influencer marketing, and according to a Morning Consult study, 88% of people say it’s important for influencers to be authentic and genuinely care about their interests.

Because of this deep connection to the audience, the engagement on micro-influencer content tends to be higher than other influencers, somewhere around 60%. This is significantly higher than traditional marketing channels like television and Facebook ads.

Now that you know what they are, let’s talk about what makes them different.

How are micro-influencers different from other influencers?

While the macro-influencers of the world—we’re talking people with blue checkmarks and 6 zeroes next to their follower count—tend to steal the spotlight on influencer marketing, it’s actually the micro-influencer that drives this marketing strategy forward.

Micro-influencers have a smaller audience.

Compared to other influencer groups, like macro-influencers who typically have anywhere from 250k-1 million followers, micro-influencers flaunt a smaller, more engaged audience.

Here’s an example of two influencers—1 micro, 1 macro—who play in the same niche, but have very different audiences.

They aren’t just another health coach. They are the vegan health coach that does bodyweight workouts and focuses on a local-first diet. While this might be a bit of an exaggeration, you get the idea—the more niche the influencer the deeper knowledge and reach.

Micro-influencers are more cost-effective than other influencers. ‍

Everyone wants the best bang for their buck, and micro-influencers are like a $2 bill—luckier than the rest.

Working with them in the long run will cost you less than the big dogs in the game and will also allow your brand to spread it efforts out amongst a variety of different influencers. That way you can see what works best for your audience and double down on it.

Unlike the mega-influencers and celebrity endorsements of the world, micro-influencers are genuinely invested in themselves and their community because they’re actually passionate about it.

This comes through in the quality of the content that they share with their audience. If a micro-influencer is coming back day after day to deliver top-notch content to a highly-engaged audience, you know that connection is authentic.

Instead of hoping that the algorithm falls your way in a Facebook ad, an influencer will deliver because they want to grow with you. The results of this authenticity yield far greater results that any ad spending you could fork over to the meta-whatever.

What kind of impact can micro-influencers have on brands?

By this point of the article, you’re probably scratching your head wondering how the hell are these people (micro-influencers) going to help my brand become as relevant as Will Smith, without all the slapping.

Luckily, we (the Ubiquitous Team) have spent our fair share of time working with influencers over the years and we’ve seen what impact they can have on brands. Here’s what’s gone down…

Micro-influencers can become great long-term partners for brands. As they look to grow and continue to expand their following and reach, the brand can support that effort and come along for the ride.

Brands who are willing to work with someone on a long-term basis show that they are inspired by and committed to the success of the influencer. This creates security in the relationship leading to trust.

As a result, you give them the freedom to really explore their content-making capabilities and deliver something that serves you and their audience well.

Micro-influencers give brands a newfound reach into different audiences that they may have never been able to touch before with traditional marketing methods.

Sure, social media can get you far, but micro-influencers get you further. They get you in the door, on the couch, sipping a beer with the audience member while you crack jokes with them.

This connection goes beyond the screen and deep into the consciousness of the user, creating a much more authentic relationship between follower and brand.

Micro-influencers have one of the highest engagement rates in the marketing game. As I mentioned earlier, it’s over 60%.

Like any good data interpreter, one can assume that when engagement rates go up, so does conversion rate, aka purchases. While Facebook and Instagram ads sport a mediocre 9% conversion rate for brands, influencer marketing produces a conversion rate of 20%.

Where can I find micro-influencers for my next campaign?

I know, you’re feeling armed and dangerous now that you know everything about micro-influencers, and that’s great! Let’s use this motivation to take some practical action toward making it happen.

First, go here to read our simple guide to finding influencers for your brand. This will walk you through the step-by-step process of crafting an influencer marketing campaign and identifying the right micro-influencers for it.

From there, you’re going to want to send a creative brief to these micro-influencers telling them about your campaign and collaboration opportunities. Don’t sweat it, we have a Free Creative Brief Template that you can download right here.

Once you’ve got that filled out and ready to fire away, it’s time to get started with your first-ever (or not) micro-influencer marketing campaign!

You could skip that entire manual process that I just explained and opt for a much easier solution—work with us.

They loved it, and we know you will too!

So do yourself the favor and schedule a call with our team.

Talk to you soon. 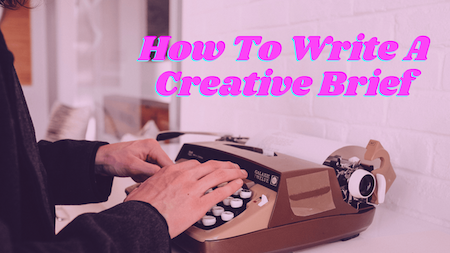 How To Write A Creative Brief In Less Than 5 Minutes 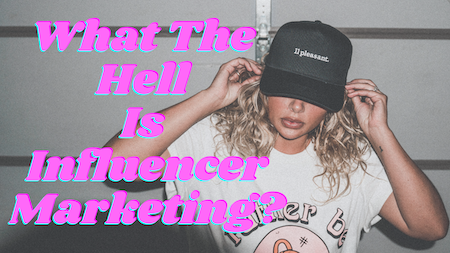 What the Hell is Influencer Marketing? 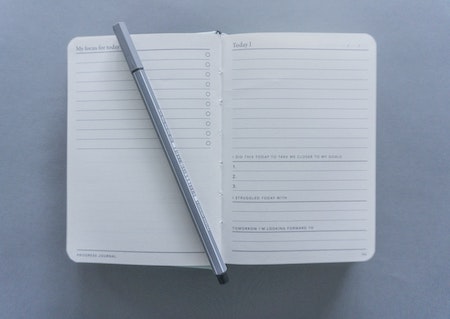