How do you find new music?

It’s probably a mixture of spending hours on Spotify discover weekly and release radar, paired with late-night YouTube searches, and the occasional TikTok or Instagram creator that’s showing off a new song to a viral dance.

Sure, you might find a few gems in the rough of all those pop songs out there in the world, but there’s got to be a better way to find new music that isn’t on the Billboard Top 100 week after week.

If you’re a music zealot craving new songs to listen to or an artist trying to find your footing in the wild west that has become the music industry, there’s one group of people who can help make that happen.

TikTok creators have their pulse on all things music. We’re not just talking about the Charlie D’Ameilo’s and Addison Rae’s of TikTok, we’re talking about real, authentic pop music creators who curate some of the best songs on the internet right now. Creators that can catapult a song or artist from nowhere to the top of the charts.

So without further ado, here are the top pop music creators on TikTok that you need to follow!

When Jared Jermaine started his TikTok channel, he dubbed himself the CEO of Music and Audio Knowledge—his 3.4 million followers would agree. Since its inception, his feed has been with far-out facts that most fans wouldn’t know about their favorite musicians and their songs. Whether it’s tracing down the original sample for a widely-viral TikTok song like David Guetta, “I’m Good (Blue), or comparing new school pop sounds to decade classics from the past, his channel brings attention to new music and its inspirational roots. If you find yourself on Jermaine’s feed, you’re guaranteed to walk about with a few fun facts about your top artist and some new songs to add to your favorite Spotify playlist.

Shan Rizwan walks the streets of New York City with one mission: find people’s favorite song. If you have a favorite song, Shan wants to hear it—and along the way share it with his 1.4 million followers. Think of Shan’s channel as a live look into the playlists of everyday people—he’s the broadcaster of hundreds of musical tastes combined into one TikTok channel. What’s awesome about Shan’s content is that you never know what you’re going to get, one person loves old jazz and the next loves Top 100 tunes, making it the perfect place to find the widest variety of music and send new artists into virality.

Ari is the ultimate pop music curator on TikTok. With over 1 million followers, his entire channel is dedicated to helping music lovers find new pop artists that are on the rise across the globe. Ari’s channel is like a Pinterest account housing thousands of different subpages filled with artists and musical moods that stimulate different feelings and inspiration. He creates themes like, “songs for when you know you are beautiful…” and “if you like this song, you're going to love this…” that give his audience a taste of new music that they might fall in love with. In doing so, he’s helped propel young and aspiring artists to the top of the TikTok feed and into the ears of new listeners.

With a name like Axel Tanner, you know that this pop music curator had to be on this list. Axel is known for his pristine playlists that cover a wide range of popular music including his infamous series called, “finding hidden gems so you don’t have to…” and “songs that slap..” Each of these series sheds light on a new artist that is growing in the pop music space and fits the mood of the series, giving his 1 million+ followers a taste of tunes they may have never come across before. Sometimes it might be an unreleased version of an artist’s song, other times it’s a list of songs that dropped on that day, but whatever Axel is sharing, you know it’s going to make your music taste better.

DJ and David over at The Crunchy Beat are the underground pop music curators everyone should be following on TikTok. They dive deep into the subgenres of pop searching for those small artists who make big waves with their sound and need a little help from their platform. If you’re in search of a completely under-the-radar artist, we’re talking 14 monthly Spotify listeners, The Crunchy Beat is the place to find them. They want to help the new and unrecognized artists find their footing and grow their reach through sharing their music, and they’ve done a damn good job of it. Just look how many views they got on this video sharing this new artist Q and his single “Today”.

Are you a fan of indie pop music? If so, you need to go to your TikTok account and follow @kaseys.playlist right now. Kasey is the indie music curator that everyone needs in their life when they want to kick back and relax to some soothing strings and melodic voices. As a millennial music fan, she focuses much of her content on indie folk music and artists that touch a genre that’s grown in popularity over the last few decades, especially on TikTok. Her “new music Friday” series comes out every week with 10 new songs that she discovered and is the best place to find new indie-pop songs that you’re not going to come across on Apple Music. Though her audience is small, she’s helped lift songs, from artists like Noah Kahan and Jack Van Cleef, to the top of the TikTok music section category.

Sam Weisband brands herself as a music playlist curator. But she is not just any music playlist curator, she makes playlists based on color moods and emotions. This approach leads her down some rather unique musical rabbit holes where she discovers unknown artists and bands that fit a variety of moods and feelings we all can relate to. She takes these tunes and combines them into playlists like her annual “Scorpion Season” list which is filled with all the songs every Scorpio needs to hear. Similarly, she’ll create content that boosts your mood with things like “three songs that will make your day a lot more fun” and jam them into a quick 30-second TikTok. While she might not have as many followers as others on this list, her audience is highly engaged on every post and constantly comments on new songs to add to her playlists.

Ready to work with the best Pop Music Creators on TikTok?

We’ve got the plug!

Our network of over 5,000 creators is packed full of musicians, curators, and tons of other creative minds eager to partner with you and bring new music to the world. Just click right here, drop us your info, and we’ll jump on the phone with you to talk TikTok domination. 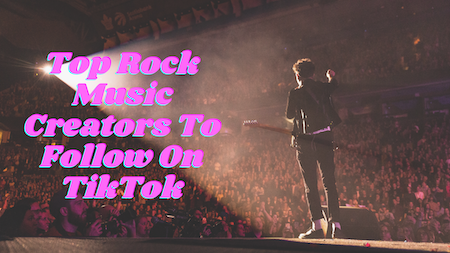 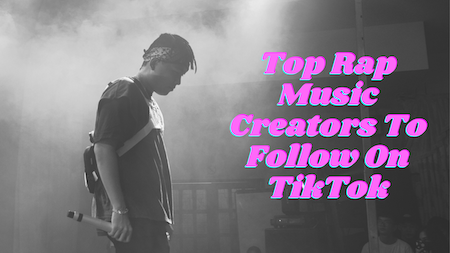 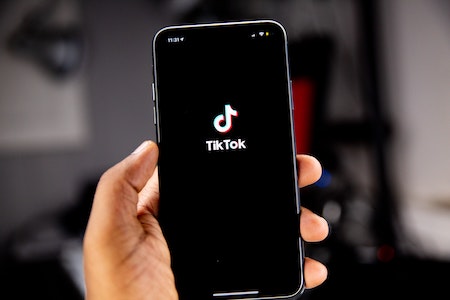 The Ultimate Glossary of TikTok Slang for 2023