Ubiquitous
We are a group of marketing and sales professionals that have deployed over 9 figures of marketing budget into the world.

Some things are born to go viral. Litter-Robot was one of them.

Litter-Robot, created by Whisker, is a self-cleaning litter box designed to clean cat waste. It uses modern engineering to neutralize odors and has an app to track a feline’s activity and weight.

Whisker was planning to launch its 4th generation Litter-Robot, LR4, in May. With a $650 price tag, it would be the most advanced litter box to hit the pet market.

LR4 had all the ingredients to go viral and sell — big time. Robots. Cats. Poop. Combine these three random and ridiculous factors, and you have the recipe for internet fandom.

Although Litter-Robot had been doing influencer marketing for years, it didn’t have the in-house bandwidth to hone in on its virality. A campaign of this scale would require lots of influencers, translating into hundreds of contact details, negotiations, agreements, creative briefs, and payments.

In short, it would be an administrative nightmare.

Ubiquitous swooped in to help with the manual lift and lead the campaign from a creator standpoint. By the end of the eight-week campaign, they generated 66.6M views, 93K site visits, and an extra six figures in revenue for LR4’s launch, making it one of the most successful campaigns of all time.

Here’s how Ubiquitous helped Litter-Robot scale their camapgin and take over the internet.

Gearing Up For a Massive Milestone

Litter-Robot was quietly preparing for a massive milestone.

They were planning to launch the next evolution of their Litter-Robots, LR4. Its goal was to dominate the cat market with its new product. 🐈 Accounts like Coby The Cat (1.9M IG followers) and Nala Cat (4.4M IG followers) show a huge market brimming with opportunities and potential customers.

The company, now 22 years old, had a solid existing baseline with the cat community. But if Litter-Robot wanted to extend its reach, it needed to work with influencers who hadn’t heard of their brand.

This mission for brand awareness would take a few months and a lot of emails. 📧

That’s when Ubiquitous came in. Litter-Robot reached out, and the two began collaborating in late January – about three months before LR4’s release date.

There was no time to waste. Ubiquitous set up weekly syncs between teams until launch, and Brittney Burns, the campaign coordinator, began sending hundreds of emails to potential influencers. ‍

Breaking Down Budget and Strategy ‍

‍Roughly 60% of Litter-Robot’s budget went to Instagram and TikTok. These platforms were at the top of the funnel since they generate awareness and cast a wide net of potential leads.

‍Ubiquitous allocated 25-30% of the budget to YouTube. They capped it there as using YouTubers can range anywhere from $50-$100 for every 1,000 views, making it one of the most expensive marketing channels.

But if YouTube was so expensive, why did Ubiquitous pour its budget into the platform?

YouTube is a lower-funnel channel, meaning it would target high-intent consumers who are debating purchasing the LR4. After all, before spending $650 on a litter box, a potential buyer is likely to first Google it and watch reviews.

Ubiquitous started by surfacing as many cat accounts as possible. 🐱

Although there are lots of cat accounts online, few post consistently or have a loyal following. Additionally, it’s not easy to find “cat parent” influencers, as their cat is more of a supporting cast (or makes cameos) rather than the primary character of their content.

This limited the influencer pool, but Ubiquitous wasn’t deterred. It began by messaging the influencers it directly manages and then, found a back door — it contacted other agencies who might’ve previously worked with these influencers:

‍“We’d go to these agencies and ask if any of their influencers were cat parents. We were looking to broaden our search by around 5% to find the people who hadn’t heard of Litter-Robot, and leveraging our relationships with existing agencies was a great way to do this.” – Bob Wolfley, Senior Director of Campaign Strategy at Ubiquitous ‍

From there, Ubiquitous employed its proprietary tech to whittle down the influencers.

Using over a categorizing thousand data points, they surfaced hundreds of eligible influencers who were pet owners. The data also layered in the cost of the product by filtering for influencers who had older audiences and would be more likely to have disposable income. 💰

Litter-Robot was looking to work with influencers they didn’t have a previous relationship with. With this in mind, Ubiquitous was also looking for YouTubers that:

​​➜ Had a Minimum of 500K Subscribers

​​➜ Had an Eye For Design and Simplicity

‍“Litter-Robot is simple, yet has developed beautiful UX that connects your phone to their app. Because the product has all these features, we wanted to make sure we were connecting with YouTubers who could appreciate its design and communicate its functionality to others.” — Bob Wolfley ‍

Granted, most tech review influencers are examining the latest iPhone or Samsung Galaxy—not a litter box. 😅 Some were happy to collaborate. Others weren’t. It’s expected!

Ultimately, Ubiquitous landed three YouTubers, including tech-reviewer-superstar iJustine (7.02M subscribers). Another influencer, Snazzy Labs, was a perfect fit as they owned a cat with gastrointestinal issues—making Litter-Robot’s product a lifesaver.

After Ubiquitous sourced their influencers, they distributed creative guidelines.

YouTubers had a straightforward prompt: create a tech review of the Litter-Robot. Ubiquitous also asked them to include in the video’s description their parameterized URL so they could directly track clicks and traffic.

For the Instagram and TikTok influencers, Ubiquitous suggested they create two posts:

Ubiquitous gave each influencer creative freedom (with guardrails) so they could be imaginative while highlighting the USPs of the LR4.

‍2. Second Post: Influencers get imaginative and infuse their own fun and creative twist.

Ubiquitous negotiated for each video to be posted on both Instagram and TikTok, which significantly reduced rates per post. After all, all the influencer has to do is upload the content to different platforms.

Finally, Ubiquitous planned the rollout of the campaign within an eight-week timespan:

20 influencers created 88 posts on TikTok and 39 posts on Instagram for Litter-Robot. Altogether, they hit 64.5M views with an average CPM of $4.50. This low cost is also thanks to Ubiquitous negotiating cross-posts on Instagram and TikTok.

One TikTok, created by Joey and Steven (@areyoukiddingtv), hit the internet jackpot. Created during the “Amplify” stage — which was about juicing up the campaign after its initial launch with a few unique giveaways — did exactly what it was supposed to do and hit over 20.7M views.

‍“Two board members of Litter-Robot sent the video to the CEO and they definitely didn’t have TikTok. So they’d obviously gotten wind of it, and it showed how far a TikTok could spread—without even needing to download the app.” — Bob Wolfley

Although Ubiquitous only deployed three YouTubers, they generated big results. 🚀

Altogether, their videos generated 360K views, 20.5K site visits, and thousands of dollars in extra revenue. One of the YouTubers, iJustine, created an Instagram Reel outside of her required deliverables. This unexpected gesture landed another 279K views and decreased her CPM.

Where Litter-Robot Will Go From Here

This online activity translated into real-world conversions and cash. Over those eight weeks, Litter-Robot got over +100K site visits and 134 transactions, leading to over six figures in additional revenue (and still growing). 📈

Overall, Burns sent 1,500+ emails to potential influencers to coordinate shipping, ideation, negotiations, and more. It was a mammoth campaign, but Ubiquitous stayed on top of things by quickly responding to user comments, and meeting with the Litter-Robot team 24 times over the course of three months to stay updated on the campaign’s status.

Although the campaign ran for eight weeks, a lifetime's worth of valuable data surfaced.

Ubiquitous also noted that “$650?!” comments inundated some of the videos. Litter-Robot’s safest bet is to equip creators with fun responses and to never let these comments go unanswered.

The End of the Campaign, But the Beginning For Litter-Robot ‍

Although the campaign’s curtains came to a close, Litter-Robot was just getting started.

Ubiquitous had left them with heaps of influencers they could continue building relationships with and activate again. To handle this influx, Litter-Robot internally hired an influencer marketing manager.

‍“Our goal is for the brand to see the value of influencer marketing. We do that by figuring out the kinks, polishing the brand, and deploying the campaign at scale. From there, the brand is encouraged to take the best recommendations and practices, and make it an ‘always on’ function of their marketing mix.” — Bob Wolfley ‍

If you hop for a scroll on TikTok or Instagram, chances are one of Litter-Robot’s videos will slide into your feed. Their ubiquity isn’t an accident — it required technology that eliminated manual lift, a detailed campaign rollout, and a lot of emails (IYKYK).

That’s what Ubiquitous is built for. 💫 If you’d like your brand to be next in line for an internet takeover, drop us a line. We’d love to see what we can create for you. 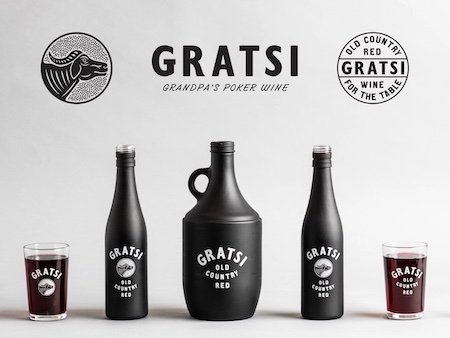 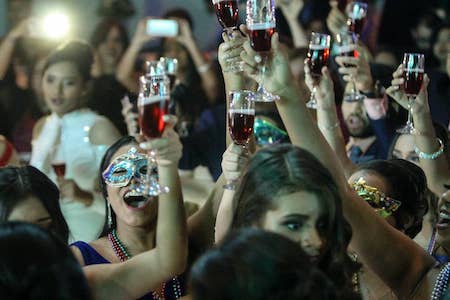