Remember when TikTok was Music.ly?

This was back in mid-2014 when the app first launched as a music creator platform that allowed people to lip-sync to their favorite songs. Fast forward almost 8 years and this simple song app turned into the towering social media platform that is now TikTok.

As TikTok has grown, it’s become a primary platform for creative discovery. The feed is loaded with tons of new art and inspiration including painting, singing, designing, dancing, drawing and one of the biggest: music.

Whether it be an artist sharing their new single or a curator promoting a slew of songs that they love, TikTok is the place where music goes global, and it does so on the shoulders of creators. TikTok creators are a major catalyst for musical growth and one video can be the big break and artist needs to make it in today’s music game.

That’s why creators who share music in the content are so critical—they could be the one to send a song into virality.

To prove it to you we dove head first into our proprietary social media data and found 10 creators who exemplify the impact that one can have on the growth of a song or artist.

Patorisho is a lifestyle creator promoting a wave of emotional indie music that tugs on the heartstrings of all her viewers. Her genre taste touches all sorts of indie songs from heavy-hearted ballads to guitar-driven melodies and as a creator that does primarily first-person storytelling about their own life, the songs she includes in her videos often lyrically relate to the experience she shares. When it comes to selecting songs that skyrocket on TikTok, she’s pretty damn good at that as well. Just look at her video promoting the song “Gilded Lily” by Cults—it garnered over a million views which at the time landed her a top spot on that song’s page.

Mrs.songfinder is an indie music curator that’s helping the melodically rebellious and innovative find new sounds from emerging artists. Rather than making content that includes herself, most of her videos are pulled from other creator content and reshared with her unique twist. Whether it be sped up or slowed down, she always drops music that you’re not going to find on your Spotify-wrapped list. Not to mention she has a never-ending series called “Finding New Songs So You Don’t Have To” that’s generated millions of views for the artists she shares and often gets reshared by larger music promotional channels on TikTok. Get a peek at how she does it with this 5.3 million view video promoting “Did I Stutter?” by beamglow.

Veondre is a rap/hip-hop music creator that remixes iconic rap songs with new wave sounds that go viral video after video. Whether she's telling humorous stories about her wildly-interesting dating life or is showing off a new wig and hairstyle, she’s always making sure to queue up a song that will get the viewers going.

That’s where her combination of classic 2000’s rap and new era, female-dominant trap rap is the perfect mixture for TikTok users who want to discover new sounds, but also rekindle the love for old-school bangers. With over 2 million views per video, Veondre is a great catalyst for rap artist growth and exposure to an audience that many would not organically fall into the artist's traditional demographic.

Tatyana Joseph is a lifestyle creator that shares the everyday doings of an LA fitness model and an influencer. Whether it's hanging with her influencer friends, adventuring around LA with her boyfriend, or sharing sneak peeks of what it’s like to be a full-time model, she’s always accompanying her content with some sort of new rap song.

These are usually songs that would be left off your Discover Weekly, making them a gem for listeners who want to hear new stuff. As with many music curating creators, she likes to highlight tunes that have the potential to take over TikTok, like the song “Drunk Skeletons” by sossboy—she’s got one of the most popular videos featuring this song.

Willow Bramley is a lifestyle creator that tells stories about her experience being a 20-year-old mom with two young boys. Unlike many influencer moms who primarily share photos and videos of their children, Willow opts for something a little more creative.

She shares videos of herself dancing to pop songs that ironically answer questions from her comments. Instead of making it all about the kids, she shares stories about her relationship life and uses music to help convey unique and often comical questions she gets asked. In doing so, she averages over 400k views on every video that includes a pop song.

This music creator is a little different from the rest on this list considering it's a specialty slime company. That’s right, this pop music creator is known for making some of the coolest and most inventive slime in the game, and what better way to show it off than with some of the most popular songs on TikTok?

Where GTcreationslime stands out is that they follow the seasonal songs that win over the hearts of many TikTok users. For example during Halloween, their focus was on spooky pop songs that matched their scary slime concepts. Between the visually appealing videos and a premium selection of songs, it’s hard to deny the virality that this content drives.

Alex is another lifestyle creator who’s sharing some of the hottest modern rock songs on TikTok right now. His content is mostly focused on highlighting different androgynous looks that are matched with upbeat and often ear-ringing rock tunes.

What’s special about Alex’s approach is that he creates videos that balance the masculine and feminine lifestyle with songs that relate directly back to the sentiment of the content itself, making it a viral hit in almost every video. Not to mention his 7.7 million followers are known to ask about what songs he shares in the comments, making him a great reference for new rock music.

At first glance, Caleb Finn looks like a rocker and best believe his music taste is in the same category. This TikTok creator is known for his tatted-up look and lifestyle videos that are paired with a mixture of rock classics and modern-era riffs.

Sometimes he’s making a comedy sketch that is backed by a rock icon like the Talking Heads, other times he’s pulling rock songs from famous films like Coraline giving his audience a look at his wide range of musical interests. With over 15 million followers, he averages almost a million views per video which, as you can imagine, gives a serious boost to the songs he includes.

If you’re on TikTok chances are you’ve seen Abbie before. With 14.4 million followers she’s one of those moms that inspires others to live out their passions while bringing the family along for the ride. In doing so, she creates these emotionally moving videos about her experiences as a parent and partner that are only made more powerful with the help of some beautiful country music.

Whether she's sharing a baby gender reveal, dancing with her husband, or playing with her toddler Poppy, Abbie makes sure to include some of her country music favorites. And with all those followers listening closely to her music choice, it’s clear that when a video goes viral so will the song.

Savannah or Sav as she goes by is a lifestyle creator and mom who loves country music. Whether she’s taking a stroll with her kid or sharing stories about parenthood, chances are she’s got country music playing in the background.

When it comes to her TikTok page, she’s always including widely popular country songs as well as some under-the-radar tunes that would have cowboys and cowgirls swinging their hats around. Pair that with her 2.2 million followers and an average viewership of over 250k, and you know that when she shares a song with her audience, they definitely give it a listen.

Want to work with a music creator?

We’ve got you covered.

Our network of over 6k creators is eager and excited to partner with you and take over the TikTok feed.

‍Drop us a line and our team of strategists will ring you with a precision plan very soon.

Until then, you might enjoy sifting through our TikTok Marketing Playbook that's filled with the secret strategies big brands are using to win the hearts of millions online. 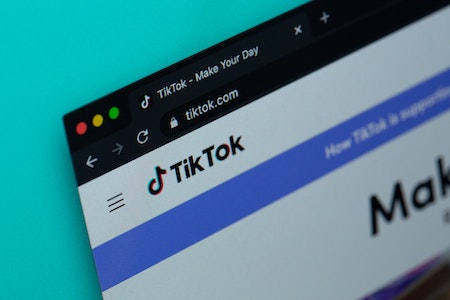 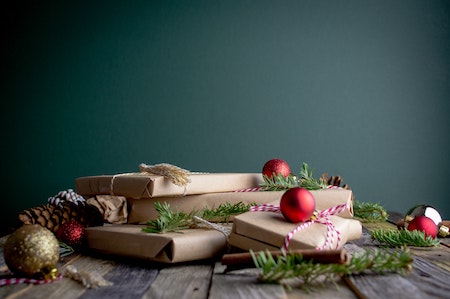 The Ultimate Holiday Gift Guide for 2022 (According to TikTok) 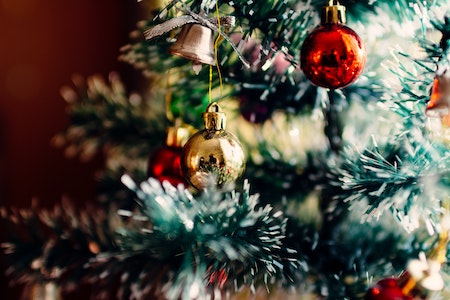 The Top 100 Christmas Movies, According to TikTok in 2022